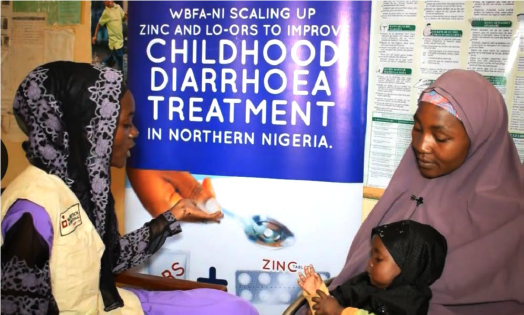 The Wellbeing Foundation Africa (WBFA), Nutrition International (NI), and the Government of Canada have commenced the ‘Scaling Up Zinc and LO-ORS to Improve Childhood Diarrhoea Treatment in Northern Nigeria’ project in partnership with the Governments of Kano and Sokoto states to reduce the number of deaths due to diarrhoea among children under 5 years in Nigeria.  The program is part of NI’s three-to-four-year strategy to further improve its performance towards ensuring equity in the distribution of wealth and healthcare services related to diarrhoea management across the country.

Diarrhoea disease is the second leading cause of death in children and consequently, remains an immense threat to child survival in Nigeria under five years old. Every year it is responsible for about 10% of deaths in children under five resulting from this disease. Diarrhea is a recognised cause of poor nutrition among children especially in more serious and prolonged episodes, due to loss or reduced intake of nutrients associated with episodes of the infection. 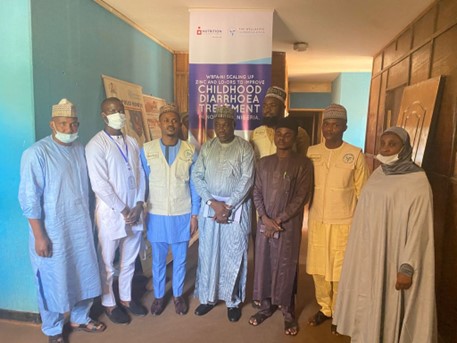 With a national prevalence rate of 13% in Nigeria, the endemic nature of the diarrheal disease is higher in Kano, Katsina, Sokoto, and Zamfara States which have a prevalence of 20.7%, 18.6%, 18.5%, and 21.7% respectively while the lowest rate was recorded in the South-West region having a prevalence of 5.3%, largely influenced by socio-economic status of households in the region.

These identified gaps and the poor outcomes in the treatment in Northern Nigeria, built their resolve to tackle this endemic disease head-on by conceptualising a three to four-year strategy to strengthen the Drug Revolving Fund (DRF) Scheme of Sokoto and Kano State, achieve additional Zinc and Lo-ORS coverage of 1,843, 832 cases across the two states by 2023 and increase the number of caregivers who care promptly for childhood diarrhoea case by an additional 2,238,439 caregivers.

Guided by the three main objectives, which are:

1) Improve the capacity of frontline health workers by promoting and supporting the use of Zinc and Lo-ORS combination as first-line treatment for every case of diarrhoea seen at health facilities and community service points.

2) Improve the availability of Zinc and Lo-ORS in public health facilities in project targeted states of Sokoto and Kano by providing support to the states to strengthen the drug revolving fund (DRF) scheme and advocate for the inclusion of Zinc and Lo-ORS in the DRF lists in the supported state.

3) Increase prompt care-seeking for children with diarrhoea by their caregivers.

Nutritional International and Wellbeing Foundation Africa in partnership and other stakeholders, set up advocacy activities with policymakers in Kano and Sokoto to increase financial commitment for Zinc and Lo-ORS supply within the Drug Revolving Fund (DRF) Scheme in the state. Thirteen of these advocacy visits were set up with select key stakeholders in different governmental agencies and departments to enable smooth engagements for project implementation targets as well as secure commitments from the Executive Secretaries of the Primary Healthcare Board and Commissioners for Health of the states.

Furthermore, advocacy visits were carried out at the community level to 863 key stakeholders (ward/village development committee members, religious leaders, and cultural leaders) in 80 communities in both states to seek support for the adoption of the campaign through the dissemination of information and communication chain creation with their community members for the use of Zinc Lo-ORS for cases of diarrheal disease in their respective communities.

The unavailability of essential drugs in the Public Health Centres was further worsened by poor funding and little knowledge of the DRF Scheme, creating a cycle of understocked shelves in the pharmacy and badly-managed inventories which reduced access to the drugs and necessitated the implementation of the DRF Scheme operation at the health facility levels as well as a newly inaugurated DRF Committee comprising PHC in-charges with technical support from the Director of Health for each of the Local Government Area (LGA), Director of Pharmaceuticals, and the State Ministry of Health.

Preceding the strengthening and establishment of the operationalization of the scheme, the two states received technical and financial support to improve the capacity of the healthcare providers in the use of the validated Drug Revolving Fund Standard of Practice (SOP) Tool for the Primary Health Care level, an assessment of the states’ Standard Operating Procedure (SoP) and required tools was also conducted to determine the readiness of the implementation of the scheme. 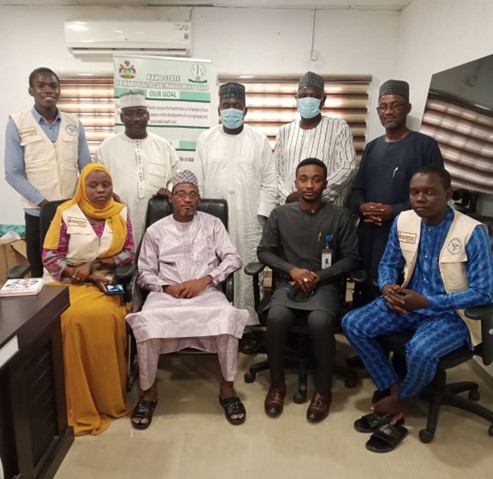 ES Secretary SPHCMB with some directors with the WBFA/NI team during the advocacy meeting in his Office, Kano state

Following the success of these activities, Nutrition International and the Wellbeing Foundation Africa donated a total of 150,000 co-packs of Zinc/Lo-ORS to both states – 110,000 to Sokoto and 40,000 to Kano states – to support the stock out. This donation’s unprecedented impact began during the outbreak of cholera in March 2021 in Sokoto state when some of the co-packs were used to address the dire situation until its decline towards the end of 2021. The coordinated efforts from the state government, governmental agencies, NCDC, World Health Organisation (WHO), Médecins Sans Frontières (MSF), United Nations International Children's Emergency Fund Core group, Nutrition International, and Wellbeing Foundation Africa (WBFA) resulted in a decline in the number of reported cases and mortalities in the region.

As the pandemic continues to ravage the world, its impact on the lives of vulnerable populations is being assessed to include a widening of the preexisting gaps of inequality especially with respect to the delivery of healthcare services. Restrictions imposed by governments have threatened to negatively impact the uptake of health care services especially in rural areas as patients weigh the risks of showing up at healthcare facilities to receive attention. This trend puts the gains made in previous years at risk as women and adolescent girls revert to dangerous cultural practices to seek relief.

In response to this, WBFA has identified the need to expand on the following areas: 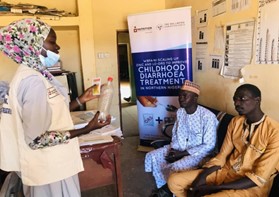 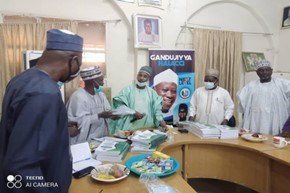 Health Managers during the validation of the reviewed DRF 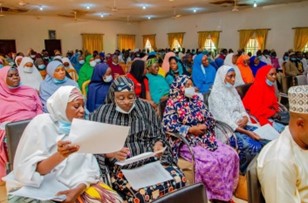 Following the success of these activities, Nutrition International and the Wellbeing Foundation Africa donated a total of 150,000 co-packs of Zinc/Lo-ORS to both states – 110,000 to Sokoto and 40,000 to Kano states – to support the stock out. This donation’s unprecedented impact began during the outbreak of cholera in March 2021 in Sokoto state when some of the co-packs were used to address the dire situation until its decline towards the end of 2021. The coordinated efforts from the state government, governmental agencies, NCDC, World Health Organisation (WHO), Médecins Sans Frontières (MSF), United Nations International Children's Emergency Fund Core group, Nutrition International, and Wellbeing Foundation Africa (WBFA) resulted in a decline in the number of reported cases and mortalities in the region.

Conclusively, in August 2021, the Nutrition International and Wellbeing Foundation Africa State Teams in Kano and Sokoto States were successfully able to;

2.   Provide frontline supportive supervision in 80 healthcare facilities within both states.

3.   Provide in-facility and follow-up home visits to over 72,688 caregivers in both states, who had reported to the healthcare facility with cases of diarrheal disease.

4.   Home visits follow-up to 5663 children under the age of 5 who presented with cases of diarrhoea, amongst which 5641 were treated and 5638 had successfully recovered.

5.    Inaugurate 810 DRF committee members in Sokoto State, which has a good representation of state and local government members.

Through its joint effort, Wellbeing Foundation Africa and Nutrition International will continue their intervention to promote the use of Zinc and Low-Osmolarity oral Rehydration Solution (LO-ORS) in the second phase of the project as the first-line treatment for diarrheal disease in northern Nigeria in accordance to the World Health Organization’s recommendation on the clinical management of acute cases of this enteric symptom so that no child should die from this disease in the region.