Philanthropist Toyin Saraki on her mission to end maternal mortality 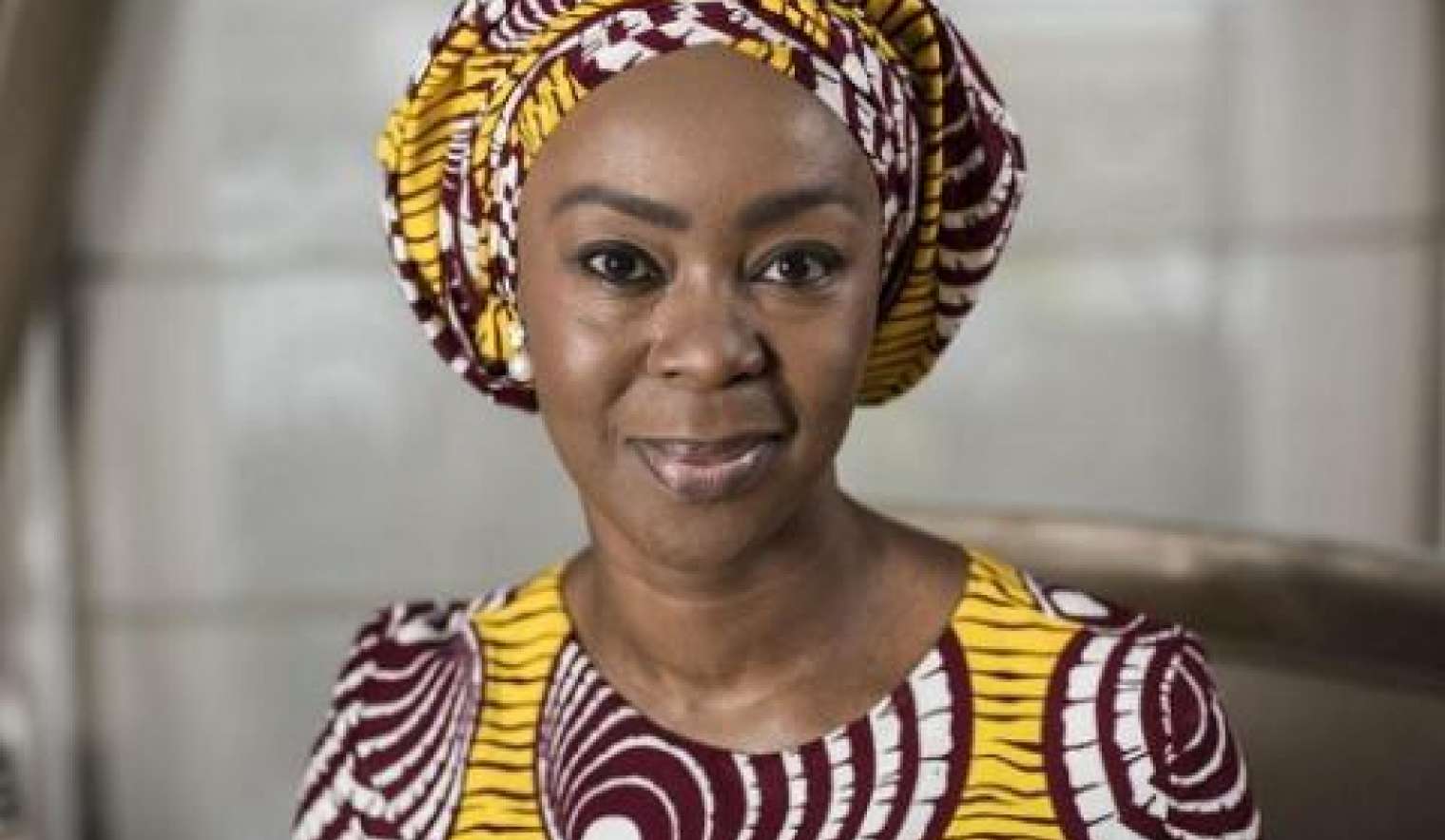 Philanthropist Toyin Saraki on her mission to end maternal mortality

Toyin Saraki never saw her baby who died. At first, when she asked to see the second of her twin girls, Saraki was told she’d been taken to another hospital. Even now — 25 years on — she doesn’t know where the baby is buried.

“In our culture, we don’t really deal with grief,” she tells me. “You don’t bury your child, so every time I go to a funeral, I am always checking to see if my child is there. One of my husband’s uncles knows [where she is] but he won’t tell me. Imagine being unable to put flowers on a grave.” This fostered a false hope. “I used to look at the faces of children about my baby’s age and think: ‘Maybe she didn’t die — maybe someone stole her’.”

Her loss led Saraki — the First Lady of Kwara state in Nigeria — to found the Wellbeing Foundation, a charity to improve reproductive, maternal and child health, which runs “Mamacare” clinics for expectant mothers. Over the course of two days in Lagos with Saraki, a dual Anglo-Nigerian national who was born in Nigeria, came to the UK to board at Roedean School in Sussex and now lives between the two countries, we visit two clinics, the first in a military compound, the 9th Brigade, and the second in more rural Awoyaya.

We first meet in her opulent home in Lagos, all perfectly plumped cushions and enviable art, where the calm is only broken by her dogs. Saraki is 52, though could pass for much younger, with no wrinkles around her kohl-rimmed eyes. When in London, her clothes are Western; here, she’s in bright swirling prints — teal, yellow and pink. Her approach is loving yet no-nonsense: there’s a throaty laugh that comes easily, she insists the mothers call her “Toyin” instead of “her excellency” and later, in a restaurant, she drops her handbag down on the floor before a waitress can bring a stool for it (“I’m not one of those precious people”).

Saraki is a connections queen. She knows the Obamas, Ban Ki-moon and Princes William and Harry. The latter contacted her about sharing research with his charity Sentebale: “Those boys bring a youthful face. It’s rare to see boys innovating in development. They show it’s not a sin to have feelings as a guy.”

She applauds Harry’s work in particular. “His approach is one of respect. I don’t like the beneficiary narrative — my Mamacare mums are mums, not beneficiaries. If people need help in their life, you should be grateful you are in a position to help them.”

Saraki knows trauma first-hand. Aged 25 and pregnant, she travelled from London to Nigeria for her wedding (Nigerian nuptial celebrations can last a year). At 28 weeks pregnant, the day before her wedding, Saraki realised the amniotic sac was hanging out, although her waters hadn’t broken.

She recalls being “carried off, legs spread-eagled”. At the hospital, she turned on her back to get an epidural. They didn’t offer them. The first baby, Tosin, emerged but the doctor realised the other baby was on its side: “It was ‘Push, push, push!’ Then suddenly it was ‘Don’t push!’” Saraki had an emergency Caesarean but the baby died.

When she awoke, Tosin, who weighed 1.2kg, was in an incubator. She was so tiny Saraki’s relatives went to Harrods to buy dolls’ clothes for her. Saraki’s grandmother piled eight bibles up in the corner of her hospital room and encouraged her to pray. 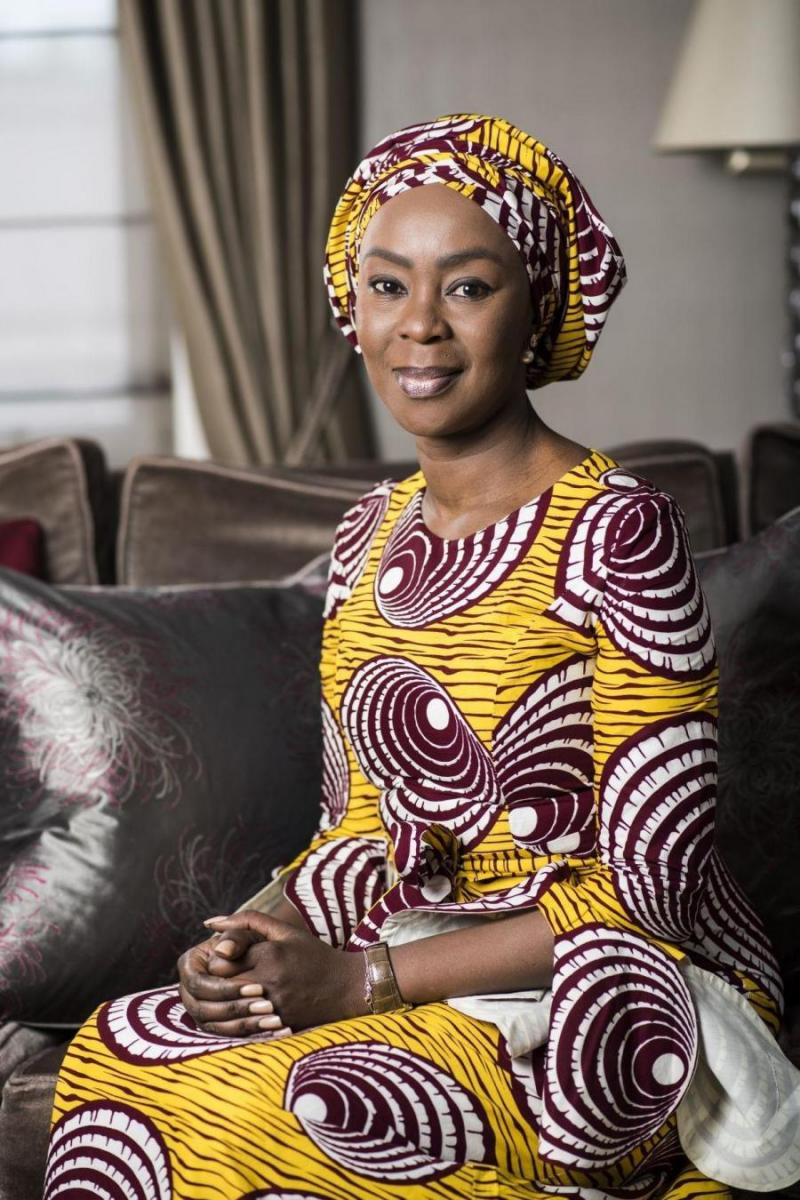 Once, Tosin stopped breathing and was turning blue. Saraki ran to find the paediatrician, who revived her. Saraki made a promise to God that if Tosin survived she’d strive to help families in this position. “Whenever I’m tired I look at my daughter and get scared of God again.” Tosin, now 26, was discharged six weeks later but for months afterwards Saraki would put a mirror to Tosin’s mouth while she slept to check for mist.

Saraki, who has since had another three children, reveals that she felt blamed for the baby’s death. “I’d given them names so people blamed me because it’s bad luck to name a baby here until seven days after birth. I was made to feel like it was me.”

But it wasn’t her. And it wasn’t just babies dying but women too. In 2015, around 303,000 women globally died giving birth. Nigeria has the second highest rate of maternal mortality and accounts for around 14 per cent of global maternal mortality. So 14 years ago Saraki began counting deaths: ““I realised there were so many women who were ‘unlucky’. When I went to Kwara — which to a Lagos person is how a Londoner looks at Wales — I counted 1,000 births, and 200 [women] had died.” Afterwards, Saraki went to meet the health minister and began her crusade.

As she talks, she becomes animated, then apologetic. “I get fierce, I’m sorry. But why are we the only country in the world that accepts women dying?” she asks. “After 40 days your husband can remarry. God forbid, if I died today, within 40 days even my family would be bringing my husband replacement wives. They’d use different excuses: ‘the children need somebody’. The truth is that it’s a man’s world but we women are the ones bearing the brunt. I didn’t like that.”

Initially, Saraki paid women’s bills — when they needed a C-section, say (hospitals may demand the money in advance). Then, when she went to London to have her next child (a son) - “I ran to London the minute I was pregnant and just sat there” - she came across the red books healthcare workers give pregnant women for their children to record immunisations and their health. “I realised we needed this in Nigeria,” she explains. She tracked down the makers and had thousands printed. She later hosted midwives to be trained and persuaded insurers to give cover to pregnant women — switching from paying people’s bills to their insurance.

At first, Saraki had focused on doctors. “Eventually, I thought ‘why am I struggling with these doctors?’ Midwives are the ones that are with these women and they’re not so hoity-toity that they won’t listen. It’s an alliance.”

Nigeria had focused on traditional birth attendants, TBAs, who are cheaper to train than midwives, but Saraki feels the midwives are the ultimate asset. “There is a trust between my midwives and the mums, and they’re so dedicated — I’ve known them give their own blood to patients... When the TBAs oversee the birth, if the baby gets stuck they’ll get a wheelbarrow — the local form of an ambulance — and may dump her at the hospital door. By then, it’s too late.” Her midwives, in turn, are devoted to her. One, Eunice, tells me: “I love to call her my boss.”

Saraki launched the Mamacare clinics two years ago and has educated more than 200,000 mothers about birth and children’s health. Subjects such as drugs, domestic violence and savings are discussed too. “By the time a woman’s done eight months of Mamacare classes she’s got a new worldview.” Since many babies are anaemic, women are also taught to breastfeed in the classes, using a jacket “with a fake boob”.

In the classes I see, the Mamacare midwives joke with the women but their training is more professional than other midwives. They each have their style, Saraki says: “Mrs K is grandmotherly: even I feel like resting on her bosom! The pictures from my midwife Rita of the post-natal visit always have the mother holding the baby unless it’s a multiple pregnancy. But Mrs K is always holding the baby herself.”

They are trained use anatomical models since Saraki partnered with a company which makes pelvic models. Saraki has been ensuring other midwives get this training too. “One the midwives - who’s over 50 - said to me: for the first time I feel confident when I’m evacuating a placenta. I thought: ‘my God, you’ve been doing this for 25 years, what was happening before?’”

The results are remarkable: they haven’t lost a Mamacare mother yet. “I’ve seen triplets - born at 24 weeks - all survive. We did kangaroo care, with the mother, the grandma and the aunt.”

Saraki still ends up paying sometimes. Recently she was called by one of her midwives at 2am, the night before a flight to London. A mother was having triplets and didn’t have money for a Caesarean. Saraki tried to do “development diligence”, protesting that the midwife should make a formal request through the accountant. But at 5am her “niggling, beatitude to God thing” took over, and she headed to Abuja General Hospital.

“I didn’t even know the name of the mum! I said, ‘Is there a Mamacare Mum here?’ A woman popped out of bed and said, ‘It’s me!’ By the time I landed in London at 3pm she’d had the babies — a boy and two girls. Gorgeous children!” Not only that but they found her husband, who’d lost his job, new work with a senator: “We’ve turned into an employment agency too!”

In the long run, Saraki dreams of a more equitable healthcare system. When her son was born at the Portland, she noticed her obstetrician only visited in the morning and evening. “This man charging me all that money was in the Chelsea and Westminster, where they’re getting him for free!” she says, with mock outrage. “That’s what I want here: it should not matter whether you’re rich, let the public system be good enough.”

The immediate focus, though, is education: “Empowering a pregnant woman is empowering two people’s lives.” The Foundation now works more with adolescents (in Nigeria, Saraki says, sex education is called “skills and drills”). When giving a lecture at a university recently she asked the women if they were using contraception. There was silence. “I left the podium and went, ‘Come on girls! You can’t be serious! You’re in a university with boys and you don’t know about contraception?’”

She told them: “Having a child that’s unplanned is the most disastrous thing. Abortion is painful — it’s not birth control. You’re better off practising safe sex.” The students gawped. “I said: ‘close your mouths and let’s have a frank chat.’”

Back in the Mamacare class, Saraki says how much she loves her work. “I know this isn’t sexy work – and I’m not saving the world, but one mother at a time. They are living. They are actually living. For me, that’s fulfilling.”

The classes begin and end with prayers – both Muslim and Christian. Afterwards, as we head out into the scorching Lagos sun for the obligatory photos, Saraki turns to me, beaming with pride: “Now the women can do more than pray.” 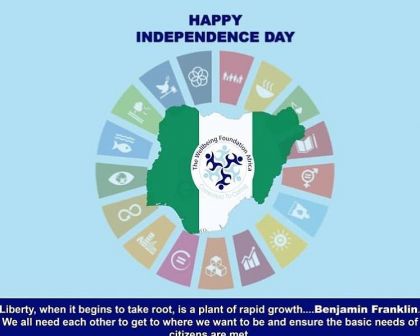 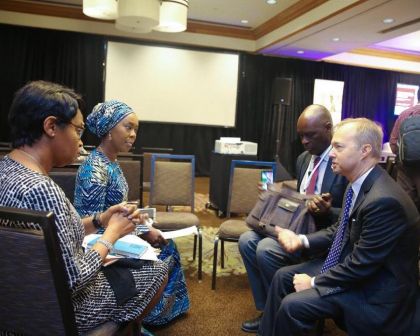 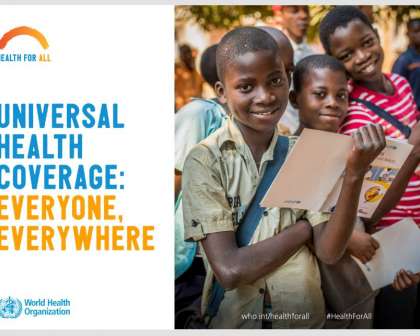